Posted at 10:00h in Financial., News., The Redmond Company. by admin 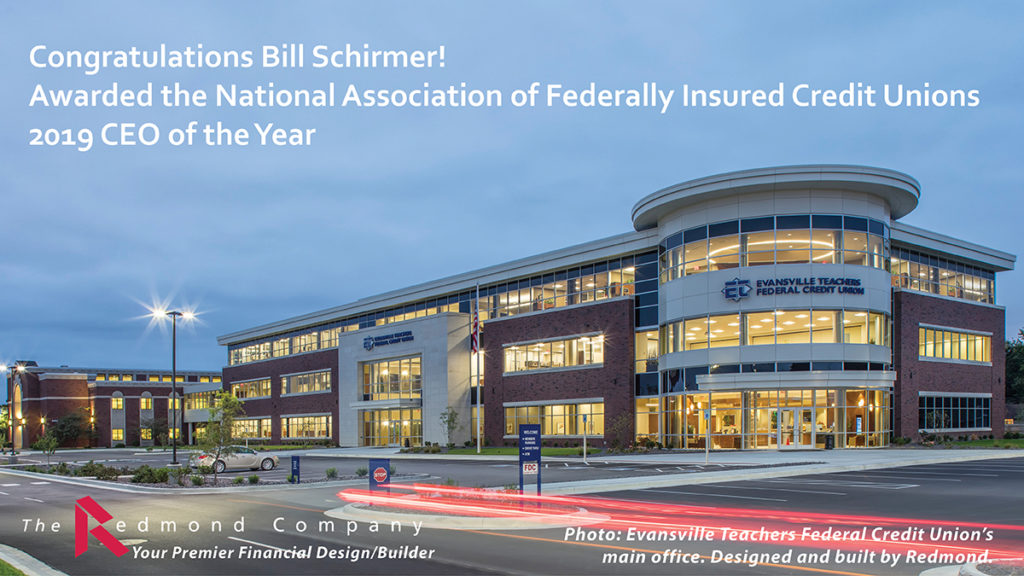 The National Association of Federally Insured Credit Unions named Bill its 2019 CEO of the Year. The award honors the nation’s top credit union leader based on his success in fulfilling the credit union mission of serving its members’ financial needs.

Under Bill Schirmer’s leadership, ETFCU introduced its high-interest Vertical Checking in 2015. As the popularity of Vertical Checking has grown, so, too, has the financial return to accountholders. In 2018, ETFCU returned $3.8 million to its members through checking accounts alone. The credit union is on pace to return more than $4.5 million in 2019. The NAFCU CEO of the Year award acknowledges ETFCU’s impact in the community through Habitat for Humanity, an increased commitment to the United Way of Southwestern Indiana, and substantial involvement with local school systems. Last year, through scholarships, sponsorships, and donations, Evansville Teachers Federal Credit Union returned more than $580,000 to the communities it serves. Over the past year, Evansville Teachers Federal Credit Union added nearly 15,000 new members to surpass the 200,000-member threshold, now ranking as Indiana’s second largest credit union based on membership. ETFCU again ranked as the Evansville-area’s top mortgage lender by market share, and it increased net worth by $15.2 million. The credit union was recently acknowledged on Forbes’ inaugural list of Best-In-State Banks and Credit Unions.

On behalf of everyone at Redmond, we are proud to acknowledge Bill on this incredible accomplishment. Congratulations Bill.